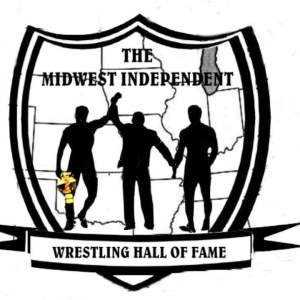 Alan Wayne Ward of Cuba, Missouri passed away Thursday, June 27, 2019 in his home at the age of 57 years, 3 months and 17 days. He was born March 10, 1962 in Washington, Missouri to Alfred and Betty, nee Partin, Ward. He was united in marriage to Melody Cassidy and to this union three daughters were born.

Alan had attended the Covenant Praise Church. He was a professional wrestler and was a member of the RCW Professional Wrestling Association and WPH (World Power House). He had been inducted into the Midwest Independent Wrestling Hall of Fame in 2016. Alan’s professional name was ‘Hollywood Stud’ and his motto was “You wish it, I live it.” Alan enjoyed fishing, camping on the river and hiking. He also loved talking politics and giving his opinions. He also loved watching Blues Hockey and football with his friends. Most of all he loved spending time with his family and loving his kids so very much.

He was preceded in death by his parents; Alfred Coleman Ward and Betty Jean Partin Ward.

Alan is survived by his wife, Melody Cassidy of Cuba, MO; his three daughters, Miranda (Jeffery) Cunningham, Kerissa Ward and Shantel Ward all of Cuba, MO; one granddaughter, Zaileigh; one brother, Larry (Tracy) Ward of Robertsville, MO; mother and father-in-law, Dave and Neva Cassidy of Steelville, MO; one niece, Dawn Wilken; one nephew, Eric Ward; very close friends who were also like brothers, Ron Huebner, Mike (Heather) Huebner, Dan Gillespie and Joe Powell; nieces and nephews; other relatives; and many other friends.

Funeral services were held at 2:00 p.m. on Tuesday, July 2, 2019 at the Britton-Bennett Funeral Home with Rev. Jerry Beers officiating. Special music of "Mama, I'm Coming Home", "Five More Minutes", "When I look at you", "Homesick", "Dancing in the Sky" and "TNT" was played. Memories were shared by daughter, Miranda and close friends, Bill, Tim, Ryan, Pat, Dan and Mike.

Committal prayer and interment were in the Liberty Cemetery, Steelville, MO.

The Family was served by the Britton-Bennett Funeral Home in Steelville, MO.

To send flowers to the family or plant a tree in memory of Alan Wayne Ward, please visit our floral store.