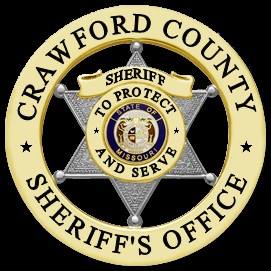 Albert “Al” Charles Engelbrecht, Jr. of Steelville, Missouri passed away Wednesday, April 8, 2020 in Rolla at the age of 79 years and 17 days. He was born in St. Louis on March 22, 1941 to Albert Charles Engelbrecht, Sr. and Lorraine Elizabeth Harmon Engelbrecht. On April 20, 1963 in Clayton, MO Al was united in marriage to Alice Kitchell and to this union two children were born.

Al and Alice purchased some land in Crawford County several years ago for their retirement. However, they decided to move sooner than planned, so in 1976 Crawford County became their new home. As his father before Al, they were both in law enforcement along with his brother, his sister and brother-in-law. While in St. Louis, Al worked eight years as a St. Louis city policeman and later after moving ran for Sheriff of Crawford County. He was employed as the Sheriff for sixteen years before retiring in 2005.

Al loved animals and took time to raise pigs and cattle with their horses and have pets such as Abby, the dog, and Sammy, the cat. He also enjoyed doing some carpentry work. After retiring, Al and Alice spent many hours traveling throughout America in their fifth-wheel. They spent three months going to Alaska and the West coast. In the winters, they enjoyed their time in Rockport, TX.

He is preceded in death by his parents, Albert and Lorraine Engelbrecht.

We will be monitoring the door to ensure that only ten people are in our chapel at any given time due to the CDC and the Governor’s office guidelines on the COVID-19. We thank you for your patience, respect and understanding for the Family.

A Private Family Prayer Service was held at 7:30 p.m. on Tuesday, April 14, 2020 at the Britton-Bennett Funeral Home in Steelville, MO

A Private Family Celebration of Mass was held at St. Michael’s Church on Wednesday, April 15, 2020 with Father James Finder officiating. Music of "Precious Lord", "Here I am Lord" and "Oh Loving God" was played by Karin West.

A Private Family inurnment will be in the Holy Cross Columbarium, Cuba, MO.

The Family was served by the Britton-Bennett Funeral Home of Steelville, MO.

To send flowers to the family or plant a tree in memory of Albert "Al" Charles Engelbrecht, Jr., please visit our floral store.