Share a memory
Obituary & Services
Tribute Wall
Read more about the life story of Barry and share your memory.

He was born an Army dependent on July 4, 1969 in Frankfurt, Germany to Barry Eudean Kerby, Sr. and Linda Sue Shelden Kerby. Barry joined the Army in 1989 as a 96B, Intelligence Analyst, and attended basic training at Ft. Dix, NJ. Upon completion of AIT at Ft. Huachuca, AZ, he completed airborne training at Ft. Benning, GA and was subsequently assigned to Ft. Bragg, NC.

Barry retired after a full career of 20 years in the U.S. Army as a First SG. He later was employed as a military contractor for seven years.

He was of the Christian faith. Barry was very talented and loved to write poems, songs and draw.

He is survived by his one son, Christopher Kerby (Kris) of TN; three daughters, Courtney Kerby Demeter (Christgeonie) of VA, Brenna Kerby Heller (Nick) of FL and Kylie Kerby of FL; his mother, Linda Kerby of FL; two grandchildren Jack and Chloe; two brothers, Bryan Kerby (Kristal) of FL and Kevin Kerby (Kristi) of OK; other relatives; and many friends.

He was preceded in death by his father, Barry Eudean Kerby, Sr.

The Family received friends on Saturday, December 10 at 11:30 a.m. until service time in the Britton-Bennett Funeral Home in Steelville, MO. The Patriot Guard gave Honors during the visitation and before the service.

Funeral services were held on Saturday, December 10 at 1:30 p.m.  in the Britton-Bennett Funeral Home with the Family, Jennifer Hamilton, Bryan Kerby and Christopher Kerby, officiating.

Committal prayer and Interment were in the Czar Cemetery in Viburnum, MO with Full Military Honors by the U.S. Army.

The Kerby Family was served by the Britton-Bennett Funeral Home of Steelville, MO.

To send flowers to the family or plant a tree in memory of Barry Eudean Kerby, Jr., please visit our floral store. 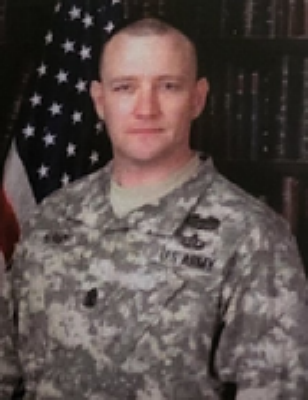