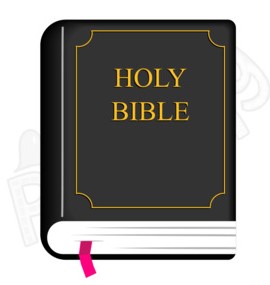 Ina Davis, nee Harris, went to be with the Lord on Thursday, September 9, 2021 at Steelville Senior Living. She was 96 years, 6 months and 12 days and was born February 28, 1925 in Davisville, Missouri to James Thomas Harris and Bessie Jane Bettorf Harris.

On January 13, 1944 in Steelville, she was united in marriage to Gilbert Wayne Davis and to this union two sons and two daughters were born.

Ina dedicated her life to Christ at an early age and was a devout Christian throughout her life. She loved her role as homemaker, and one of her biggest joys was taking care of her family. Ina was very active in PTA and served as a room mother when her children were young. She had many hobbies which included flower and vegetable gardening along with canning in the summer. And in the winter she enjoyed quilting, crocheting and decorating for the holidays. Ina loved fixing big dinners for her family on Thanksgiving and Christmas.

The Family received friends from 12:00 Noon until service time on Monday, September 13, 2021 at the Britton-Bennett Funeral Home in Steelville, MO.

Funeral services were held at 2:00 on Monday, September 13, 2021 at the Britton-Bennett Funeral Home in Steelville, MO with Rev. Jerry Beers and Charles Davis officiating. Special music of "Never Grow Old", "What a Day for the Lord to Come again" and "Beulah Land" was sung by Bruce Turnbough and Rev. Jerry Beers.

Committal prayer and interment were in the Steelville Cemetery.

In lieu of flowers, memorials may be given in Ina's name to Gideons International, The Gideons-Meramec Camp, P.O. Box 302 Sulllivan, MO 63080 or http://www.SendTheWord.org

The Davis Family was served by the Britton-Bennett Funeral Home of Steelville, MO.

To send flowers to the family or plant a tree in memory of Ina (Harris) Davis, please visit our floral store.

A Memorial Tree was planted for Ina

Join in honoring their life - plant a memorial tree