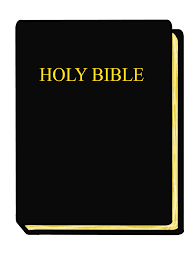 Loretta Fay Howdeshell (nee Gibbs), passed peacefully at her granddaughter's home on Thursday, January 13, 2022 at the age of 88.

Born August 19, 1933, in Cherryville, Missouri to George and Minnie Gibbs. She is lovingly remembered as a wife, mother, grandmother, sister, aunt and was a devoted Christian following the Pentecostal faith. She could often be found writing in her books, journals, creating a new poem, singing songs as she baked cookies and treats. As time went on she was still tapping her foot to the beat of country Christian tunes and rereading all that she had created. She prayed fervently for every person she ever met. Her life was a true testimony and her goal was to get to Heaven and bring as many people as she could with her.

Loretta is reunited in Heaven with her husband of 68 years, Skeets, and daughter, Jeanne; both parents and other mother Irene, six brothers, and five sisters.

The Family received friends from 12:00 Noon until service time on Saturday, January 22, 2022 at the Britton-Bennett Funeral Home in Steelville, Missouri.

Funeral services were held at 1:00 p.m. on Saturday, January 22, 2022 with Pastor Harrison Brown officiating. Reading the obituary was granddaughter, Kristi Mulder and sharing memories along with granddaughter, Kathleen Mills, nephew, Roger Strange and daughter-in-law, Lois Howdeshell. Stan Howedeshell, her son, shared poems that his mother had written several years ago. Special music of a Medley of Heaven songs was sung by Carol Coleman and Shirley Brown whom also played the piano.

Committal prayer and interment were in the New Dillard Cemetery, Dillard, Missouri

The Howdeshell Family was served by the Britton-Bennett Funeral Home of Steelville, MO.

To send flowers to the family or plant a tree in memory of Loretta Fay (Gibbs) Howdeshell, please visit our floral store.