Share a memory
Obituary & Services
Tribute Wall
Read more about the life story of Mary and share your memory.

Mary Lee West, nee Halbert, of Steelville, Missouri passed away Sunday, December 11, 2022 in her home surrounded by family at the age of 66 years, 1 month and 13 days. She was born October 29, 1956 in Rolla, Missouri to James Russell Halbert and Alice Fay Sanders Halbert.

Mary had attended and was a member of the Straightway Baptist Church for several years. She graduated from Steelville High School.

On November 4, 1977 in Steelville, she was united in marriage to Jim West.

She was employed at Century 21 Realty for several years and in earlier years worked at the Developmental Disability Pre-School in Salem. Mary had been on the Crawford County Developmental Disabilities Board for thirteen years. She always enjoyed fishing, hunting, camping, playing her guitar and traveling throughout the U.S. with her husband, Jim.

Funeral services were held at 11:00 a.m. on Wednesday, December 14, 2022 with Rev. Joe Bruno officiating. Special music of "Don't Tell Me What To Do" and "Amazing Grace" was played.

Committal prayer and interment were in the Keysville Cemetery.

Memorials in Mary's name may be given to the Scenic Rivers Industries in Salem, MO.

The West Family was served by the Britton-Bennett Funeral Home in Steelville, MO.

To send flowers to the family or plant a tree in memory of Mary Lee (Halbert) West, please visit our floral store. 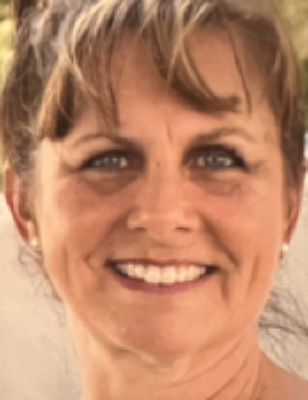