Share a memory
Obituary & Services
Tribute Wall
Read more about the life story of Melvin and share your memory.

Melvin Dewane Roberts of Cherryville, Missouri passed away Monday, December 5, 2022 in his home at the age of 88 years, 6 months and 8 days. He was born May 28, 1934 in Summerfield, Missouri to Andrew Jackson Roberts and Mary Jane Groff Roberts. On May 26, 1956, Melvin was united in marriage to the love of his life, Letha Mae Hart, and to this union two sons and one daughter were born.

Melvin served our country honorably from 1951 to 1956 in the U.S. Army. He was stationed in Korea and served during the Korean War.

Melvin was of the Pentecostal faith. He was a self-taught and very talented musician on the fiddle, harmonica, mandolin and jaws harp, playing some of the old blue grass and gospel songs. He enjoyed hunting, especially for deer, and some turkey occasionally. He loved to fish whether for catfish, bass or blue gill in his own self-made lakes which he kept stocked. He spent many hours also gardening his tomatoes, peppers, cucumbers or whatever he loved to grow.

Most of all he loved visiting with his friends whether at Golden Echoes-Senior Center playing pool or just drinking coffee at the local restaurant and of course seeing his family, grandchildren, great-grandchildren or great-great-grandson. And in his last days, he appreciated and loved that his granddaughter, Krissa, was there for him.

Funeral services were held at 11:00 a.m. on Monday, December 12, 2022 with Rev. Jerry Beers officiating. Special music of "Power in the Name of Jesus", "Ain't No Grave will Hold me Down" and "Amazing Grace" was played.

The Roberts Family was served by the Britton-Bennett Funeral Home of Steelville, MO.

To send flowers to the family or plant a tree in memory of Melvin Dewane Roberts, please visit our floral store. 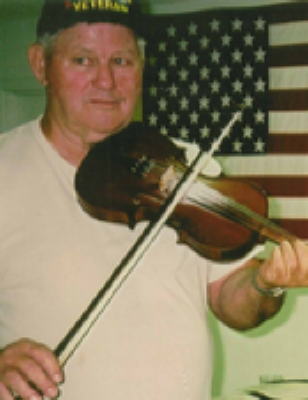