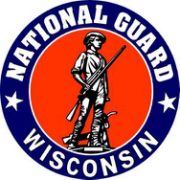 Norlen Bernard Harke, 89, of Steelville, Missouri passed away Wednesday, February 17, 2021 at Cuba Manor. He was born April 13, 1931 to Bernard and Grace Harke in the small town of Wautoma, Wisconsin where he graduated from the Wautoma High School. He served in the National Guard from 1949 to 1956.

He was united in marriage to Gloria Nelson on December 17, 1976 in Gallinston, TN. He was self-employed in the concrete, pools and spas business for many years in Tennessee, Florida, Colorado and Missouri. His last business, Factory Direct Pools and Spas, was in Steelville retiring in 2016. Norlen and Gloria were dedicated Green Bay Packer’s fans. He was also a Chicago Cubs fan beginning at an early age. He and Gloria loved spending time together on their many cruises to Hawaii, Mexico and the Caribbean. Norlen had attended the Bourbon Seventh Day Adventist Church with Gloria. He also loved watching and listening to the Gaithers. He and Gloria had a love for cats and would take in many a stray. Two of their last cats were Bootsy and Bowe.

He was preceded in death by his parents, Bernard and Grace Harke; and his beloved wife, Gloria Harke.

Norlen’s wishes were to be cremated with inurnment and a memorial service held at a later date in the Dakota North Cemetery, Wautoma, Wisconsin.

The Harke Family was served by the Britton-Bennett Funeral Home of Steelville, MO.

Memorials may be given in Norlen’s name to BJC Hospice, 113 Progress Parkway, Sullivan, MO  63080

To send flowers to the family or plant a tree in memory of Norlen Bernard Harke, please visit our floral store.