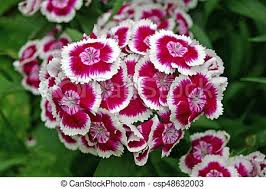 Olga Julianne Earney, nee Cilke, of Steelville, Missouri passed away Friday, March 27, 2020 at Steelville Senior Living. She had just celebrated her 101st birthday in December. Olga was born in Buffalo, New York in 1918 to Robert and Olga Kalis Cilke. She was united in marriage to Robert L. Earney in 1964 and shared their lives with one son and three daughters.

Olga gave her life to Christ as a young girl and devoted her life to the service of the Lord. She graduated from Boyne Falls (Michigan) High School at the age of 15 and from Great Lakes Bible Institute in 1941. She and Bob attended Berea Temple in St. Louis for many years. After moving to Steelville in 1978 to Bob’s home area, they attended Steelville Assembly of God Church. Olga taught Sunday school, played the piano, was involved in women’s ministries and visitation to ones in the hospital, the sick and the shut-ins.

Olga enjoyed making ceramics, sewing and gardening and looked forward to the “Sweet Williams” blooming in the Spring. Olga loved to volunteer and for several years played the piano and volunteered at Gibbs Care in Steelville.

The Family will receive friends from 11:00 a.m. until service time on Monday, March 30, 2020 at the Britton-Bennett Funeral Home in Steelville, MO.

We will be monitoring the door to ensure that only ten people are in our chapel at any given time due to the CDC and the Governor’s office guidelines on the COVID-19. We thank you for your patience, respect and understanding for the Family.

Private Family funeral services were held at 12:00 p.m. with Rev. Jerry Beers officiating and grandson, Nick Puleo read the obituary. Special music of "What a Friend we have in Jesus" was sung and played by Rev. Jerry Beers. Other music of "Amazing Grace" was played.

The family welcomes donations to Steelville First Assembly of God missionary fund or Steelville Ministerial Alliance Food Panty as an expression of sympathy instead of flowers.

To send flowers to the family or plant a tree in memory of Olga Julianne (Cilke) Earney, please visit our floral store.